Turkey is a transcontinental country situated partly in the south east of Europe but mainly in Western Asia. It is a country with a rich history with many lovely beaches and towering mountains and one of the world’s most interesting cities, Istanbul divided between East and West by the Bosphorus.  Visit the Royal Topkapi Palace, the magnificent Blue Mosque with its six minarets and the Grand Covered Bazaar which takes up nearly 60 streets. Other places to visit are the capital Ankara, Cappadocia where you will find the underground city with nearly 100 tunnels. There are many other places of interest and beauty when visiting Turkey. 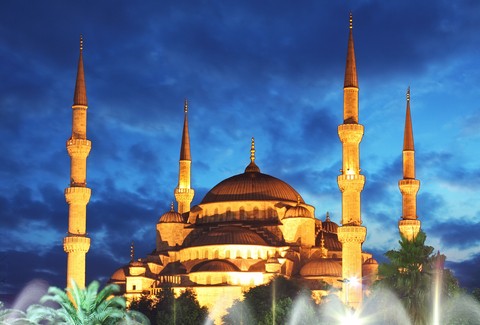 DAY 1  BodrumArrival at Bodrum Airport. Transfer to the hotel.   DAY 2 Cati bay – Kufre bay – LongozEnjoy a cruise in the Seven Islands Region, full of many small islands and coral reefs. Take the opportunity to swim and dive in the crystal-blue waters. Arrival in Çati. Enjoy a walk in the forests which are filled with pine trees. Adore the tranquility of that place. The next stop is in Küfre

DAY 1  Arrival at Istanbul Airport. Transfer to the hotel.   DAY 2 ISTANBUL Explore the Byzantine and Ottoman treasures of the city. Visit the Royal Topkapi Palace, which was the official and primary residence in the city of the Ottoman Sultans for approximately 400 years. Continue to the Blue Mosque, unique with six minarets, its desigh presents the culmination of two centuries of both Ottoman mosque

DAY 1 ISTANBUL Arrival at the airport and transfer to hotel.   DAY 2 ISTANBUL –HATAY – ANTAKYA – ADANA(194km/2h30min)Transfer to the Istanbul airport for the Hatay-Antakya flight. Arrive at Hatay and drive to Antakya. Antioch was a city of great religious importance. It was the home of several Roman temples and its suburb, Daphne, was held to be the very place where Daphne was turned into a la

Day 1 Istanbul Arrival at the airport and transfer to hotel.   DAY 2 ISTANBUL – ADANA – ANTAKYA – ADANA (194km/2h30min)Transfer to the Istanbul airport for the Adana flight. Arrive at Adana airport. Drive to Antakya. Antioch was a city of great religious importance. It was the home of several Roman temples and its suburb, Antioch had also been the home of a large Jewish community since the city